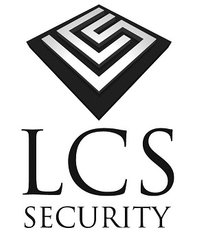 Family and Community Guardians for 18 Years

LCS in the local news

Wealthy residents living on the same road as Arsenal star Mesut Özil employ ex-Gurkhas to protect them from violent crime after losing faith in the police.

Neighbours of the German midfielder pay up to £4,000-a-year each for the services of LCS Security, which uses former members of the elite British Army unit to keep multi-million pound properties safe.

A team of four retired Gurkhas patrol the half-mile long, tree-lined avenue near Hampstead Heath in North London 24 hours a day and can respond to any incident within three minutes - much faster than the Metropolitan Police.

‘We can call them for example and ask them to park outside our house if we’re walking back home at night to make sure we get in safely.’

‘It’s those little personal touches that make it worthwhile and provide extra peace of mind.’

‘It’s not just this road, other neighbouring streets also use private security firms. I guess it’s a sign of the times.’

Homeowners in London are turning to private security firms and ex-Gurkhas to protect their properties after a spate of burglaries by thieves on mopeds.

One private company, LCS Security — which has 500 clients in the suburb — operates two to three car patrols during the day and up to five at night.

Most of its staff are ex-Gurkha soldiers, including former corporal Nanda Gurung who served for 17 years in spots including Hong Kong, Brunei and Belize. He is an expert in martial arts and has been trained in conflict management.

He added: “Our work provides a visible deterrent. It’s taking crime prevention one step further. For our customers it provides great peace of mind and reduces the fear of crime.”

In addition, home-owners are spending tens of thousands fitting iron bars onto their windows, reinforcing doors with steel, and encircling their multi-million-pound houses with spiked fences.

There have been reports of at least 12 burglaries by thieves on mopeds in the last few months, including some where the raiders used their bikes as battering rams to force open doors.

Scotland Yard said raiders were also operating across Barnet, Camden, Islington and Haringey, but insisted the number of robberies had fallen in recent weeks.

Hampstead Garden Suburb and neighbouring East Finchley have the fifth highest rate of burglary insurance claims in the country, according to latest figures.